Over a year ago, I removed MyCntdwn from the App Store. But I’m not sure that’s the end of the story for MyCntdwn.

I’ve been working on an update to MyCntdwn for a long time now. I’ve had multiple starts and stops. This could just be another false start in the lifecycle of MyCntdwn. I’m not really sure just yet.

Why am I doing this?

Working on MyCntdwn is a mechanism for learning new things. In my normal day job, I don’t usually get to play with the latest and greatest technologies. The apps I’m working on currently support iOS 12+. We do get some time set aside to learn new tech, but we rarely ever get to apply it. This gives me the chance to do that.

I’ve started this latest iteration/update of MyCntdwn with a brand new Xcode project. I started from scratch. Nothing has transferred directly over. I’ve been using old code as a reference, but nothing has been directly copied over.

I’ve been using a lot of things I just can’t use in my day job. SwiftUI, Combine, CloudKit (cloud sync, finally!), etc. The learning curve for these technologies has been steep, but it’s exactly what I have been looking for. This has given me a chance to learn new technologies, and apply them in a real-world app.

The template that I chose for this project may allow me to release a native macOS app too. Not Catalyst, but built with native SwiftUI code. I haven’t actually tried this yet, I’ve been focused on the iOS experience, but I plan to at some point.

I may even try to include one or more widgets for the app using WidgetKit.

Why am I doing this with MyCntdwn?

I’m not really sure. I have had other app ideas, but nothing has really taken root in my brain. MyCntdwn was my first (shipping) app in the App Store (shortly after the App Store launched) and continues to be my baby (app-wise).

MyCntdwn also gives me a comfortable app to play in. I know how it should work. I know the feature list. I’m not trying to solidify a new idea while also learn new technologies. So far, It’s been working out nicely.

I’m just going to keep at it. Learning new things and applying them to MyCntdwn. I’m not sure if these changes will ever go anywhere. But I’ve had a lot of fun learning. Who knows, I may even be able to use them in my day job in a year or two.

Or I may get distracted with video games (currently playing The Legend of Zelda: A Link Between Worlds again) and abandon this entirely. 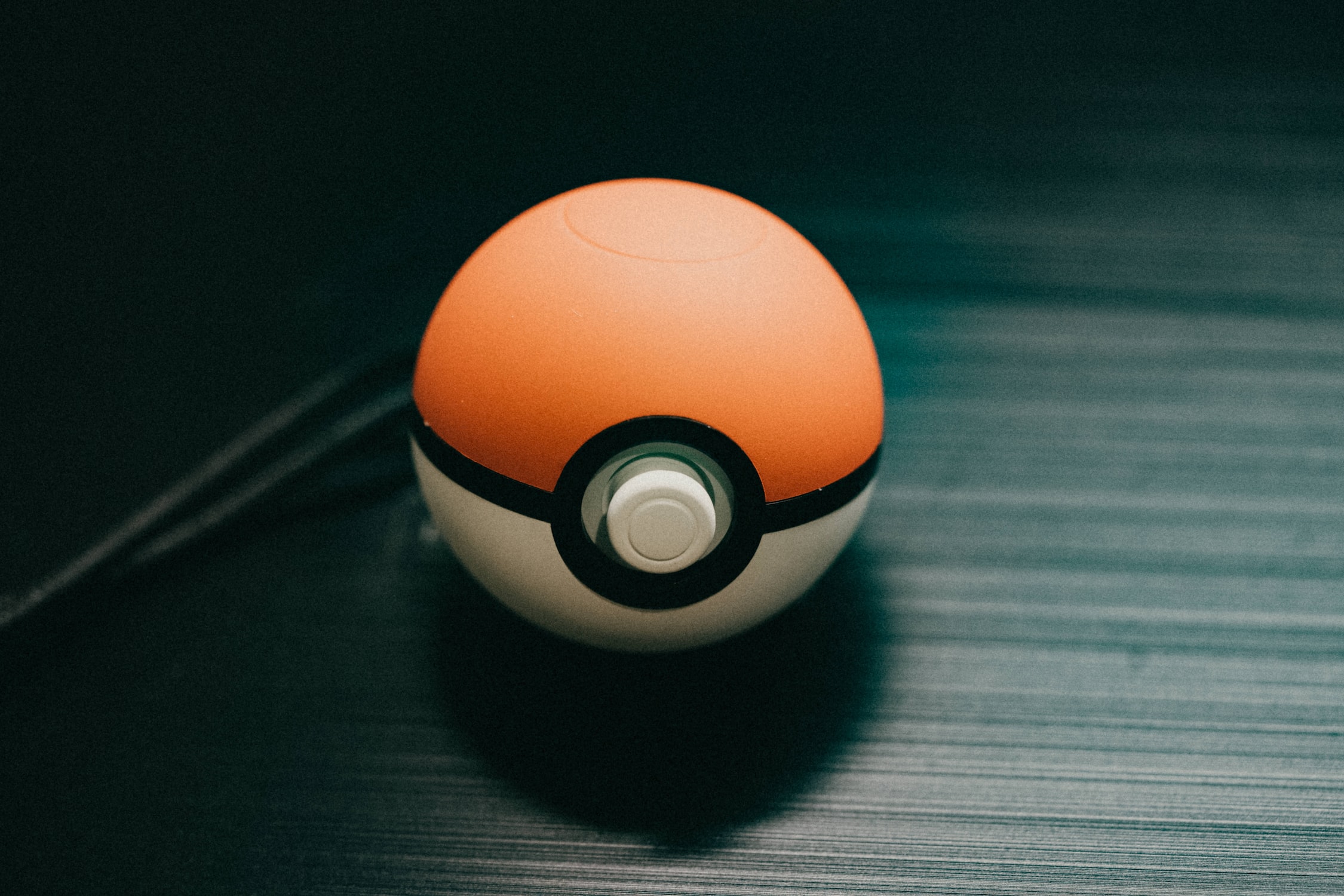 This past weekend, I finished Pokémon Sword. It was a good game. I bought the game at launch and haven’t really gotten into it until a few weeks ago.

The storyline was interesting and being able to take another Pokémon trainer from nothing to champion is always fun. Plus collecting all of those Pokémon along the way is a nice challenge. I’m glad that I finally played through the game. If you’ve played a Pokémon game before, you’ve got the general idea of what this game is about.

The game has had quite a bit of backlash against it because the developers did not include all of the prior Pokémon in the game (like other games have done). This wasn’t a huge issue for me. I’ve only ever tried to complete a Pokédex once and it just wasn’t worth it to me. It would be nice for them to have included all of the prior Pokémon, only so that I can transfer them to the game from Pokémon Home/Bank.

I’m relatively new to Pokemon games. I’ve only been playing them the last few years. I’m not some diehard fan who’s been playing since the first game. I do enjoy playing them. Besides this game, other Pokémon games I’ve played through include: Pokémon Black, Pokémon Black 2, Pokémon X, and Pokémon Alpha Sapphire. It’s really not a lot.

I skipped both Pokémon Moon and Pokémon Ultra Moon. I own them both, but for some reason, I never played through them. I do need to go back and play them. I think I need a short break from Pokémon games before I do so.

I’m not sure if I’ll play the first Pokémon Sword expansion or Moon/Ultra Moon next. Like I said, I think I need a short break before diving back in.

The Legend of Zelda: Breath of the Wild

The Legend of Zelda: Breath of the Wild was the game to get when the Nintendo Switch launched. It was the first game I bought when I got my Switch. People love this game. It appears on so many “best games on Switch” lists that I see online.

I’ve said this before, and I’ll say it again. I just don’t like The Legend of Zelda: Breath of the Wild. I’ve tried playing it on three separate occasions. Each time, I’ve tried and failed to get into it.

This (above) was as far as I got in The Legend of Zelda: Breath of the Wild.

I’ve gotten as far as freeing two of the four Divine Beasts. But I’ve never gotten further. Something just stops me from continuing it. I think my main problem with Breath of the Wild is that the weapons can break. I don’t like the idea of breaking my favorite weapon(s) and not having a backup, or any weapon at all. I don’t know why this bothers me so much. Probably because it’s just such a departure from other Zelda games. But I hate this mechanic where weapons can break.

There are parts of the games that I really enjoy. The world is huge and you can explore anywhere. The differing temperatures throughout the world are a neat addition. The crafting was also interesting. The puzzles and dungeons are fantastic.

I’ve got so many other games that I want to play, that I just can’t justify spending any more time on it. Life is too short to play games you don’t like.

Currently I am playing through both Star Wars Jedi: Fallen Order & Pokémon Sword. They are both a lot of fun in different ways. I’ll have to write about them once I’ve finished them.

Getting Out of My Technical Rut

I’ve spent about six months in a technical rut. Not really learning anything new iOS/tvOS/Swift-wise. I got a little complacent with the skills that I had.

Recently, I’ve started breaking out of that rut. At least I hope.

Over the past week and a half, I’ve made my way through Core Data by Tutorials from the Ray Wenderlich team. The Core Data book is currently on sale (50% off). It’s a really good book.

I’ve used Core Data quite a bit over the years, but I haven’t used it heavily since 2016. Since 2016, most of my professional work has been using Realm which is an alternative to Core Data.

Core Data by Tutorials was a really nice refresher on Core Data. I also learned a few new tidbits here. Most interesting chapters to me were “Unit Testing” & “Core Data & CloudKit”.

The unit testing chapter gave me some great ideas on how to improve my unit testing in various areas. I’ve been trying to get better with unit testing in both professional and personal projects. This chapter sparked some interest in that area that I’ve been able to progress with, so far.

The Core Data and CloudKit chapter was entirely new to me. I’ve had multiple false starts on getting cloud syncing working in projects. These attempts include a failed blog series called Data Sync Series. I had also made multiple attempts to get syncing into my retired app MyCntdwn.

This book has got me thinking about data syncing again. I’ve even thought about doing a few things. First, adding sync to MyCntdwn (finally) and shipping it again. Second, revamping my data sync series and actually finishing it. I’m not sure if any of this will happen. But this book has got me started down that path mentally. Who knows, maybe it will be a nice Summer project.

I’ve got my next book lined up. It’s Combine: Asynchronous Programming with Swift also from the Ray Wenderlich team. I’ve been dabbling in Combine here and there since it was announced by Apple at least year’s WWDC. It’s not something I can really use professionally, yet. Combine requires iOS 13+ to work and we support iOS 11+ at work. But Combine is something that I can use in personal projects.

My latest release of Beer Style Guidelines has just gone out.

The other (included) guides from the Brewers Association are so old (2016 & 2017), I’ve removed them from the app. I’m not aware of many people who like to compare the guidelines from year to year. To me, it only makes sense to have the latest version included in the app.

I’ve also fixed a few bugs within the app. But the largest change is the new guide being added.