It’s been a busy month. I’m not even sure where the month went. I figured I’d post a general update on what I’ve been up to.

I’ve been super busy at work, working on a new (to us) property. I’m not sure if I can announce what that property is yet, so I won’t. Once it launches, I’ll probably post an update here with more info.

As far as personal projects go, I’ve shipped a large update to Beer Style Guidelines. This update includes the Brewers Association 2021 Beer Style Guidelines. The release notes are here. I love updating the app with new guides as they come out, but I always forget how much work it is. I do a fair bit of testing the guide out before I release it, but I just know that I’m going go missing something.

This last few weeks, I’ve been really busy working on a few server components to another update to Beer Style Guidelines. It’s not ready yet and users shouldn’t notice any difference in how the app works. But this new set of server components it building towards some future features.

I haven’t been playing many video games this month. I’ve been so busy with the development updates above, it doesn’t leave a lot of time for playing video games at night.

I’ve dabbled in a few new games, but nothing has really hooked me. I think if a game hooked me, I’d find a way to play the game more.

Some of the games I’ve started:

I probably spent the most time playing LEGO Harry Potter Collection. I love LEGO games, they aren’t usually hard, and I can let my mind wander a bit while playing through them.

I stared Gears of War, but didn’t make it too far in. I’ve played through this game a few times, years ago. I have a lot of fond memories playing through these with my brother. But I just couldn’t really get into it again.

I finished the Pikmin 3 demo, but not sure I’m ready for the full game yet. I love the early game of Pikmin games, but I always get to a point where I get frustrated with the games. It’s probably because I’m bad at video games. I’m still debating whether I want to get this game or not.

I tried Hollow Knight. I’ve heard so many good things about it. It made me realize (even more) that I’m bad at video games. I couldn’t even get past the first boss (False Knight) before getting frustrated and giving up. I feel like I should keep at it, but I am just so bad at this game.

I’ve read a handful of books this month. Looking back at the list, it was more than I expected. I listen to most of my books. It makes it much easier to enjoy books while I go for walks, runs, or while driving in the car.

In March, I finished these books:

Bossypants was a fun, quick read. I like Tina Fey and the work she’s done. This book was written during her time working on 30 Rock (which was a great show). Tina is also an Eagles fan, so that helps immensely.

I am a big fan of the new Star Wars: The High Republic content that’s been coming out this year. It’s an entirely new era being discovered in Star Wars. I’ve been keeping up with the novels and comic books in this ear and have really been enjoying them. I listened to about half of this book in a single day during a long road trip.

The Lead Developer book was an impulse read of mine. I saw it promoted by some iOS developers I follow on Twitter, so I decided to buy it. The book is a good first version. There were a handful of typos throughout the book, but I could easily see past those. But the book does give a good overview of what a lead developer’s responsibilities are and some practical tips on how to survive as one. This is a relatively short book that I read in 3 or 4 sittings.

This has been quite a busy month. I didn’t even cover the movies and TV shows that we’ve been watching. Maybe I’ll cover that in a different post, maybe not.

I hope to provide more frequent updates on the site. But I’m not always great with that.

This past weekend, I finished playing through Super Mario Odyssey on the Nintendo Switch. The game flew by for me. I hadn’t even realized I was near the end of the story, and there I was.

There isn’t a lot to the plot. If you’ve played any other Super Mario games, this one has a very similar plot. Princess Peach was kidnapped by Bowser and it’s up to you to rescue her. It’s not very imaginative. But playing the game is a lot of fun.

Once you’ve finished the game, you can go back to all of the worlds and attempt to collect Power Moons. I did not collect every Power Moon in the game. I’m not sure if I’ll even go back and play through more. I had just enough fun playing through the main storyline. It was the perfect amount for me.

It was a very fun game. It also wasn’t too difficult to get through the main storyline. I’d recommend this for anyone who enjoys 3D Super Mario games.

I also have Super Mario Galaxy on the Nintendo Switch. I never played through this when it was out on the Wii. I’m not sure if I want to play through that or look for something else to play. 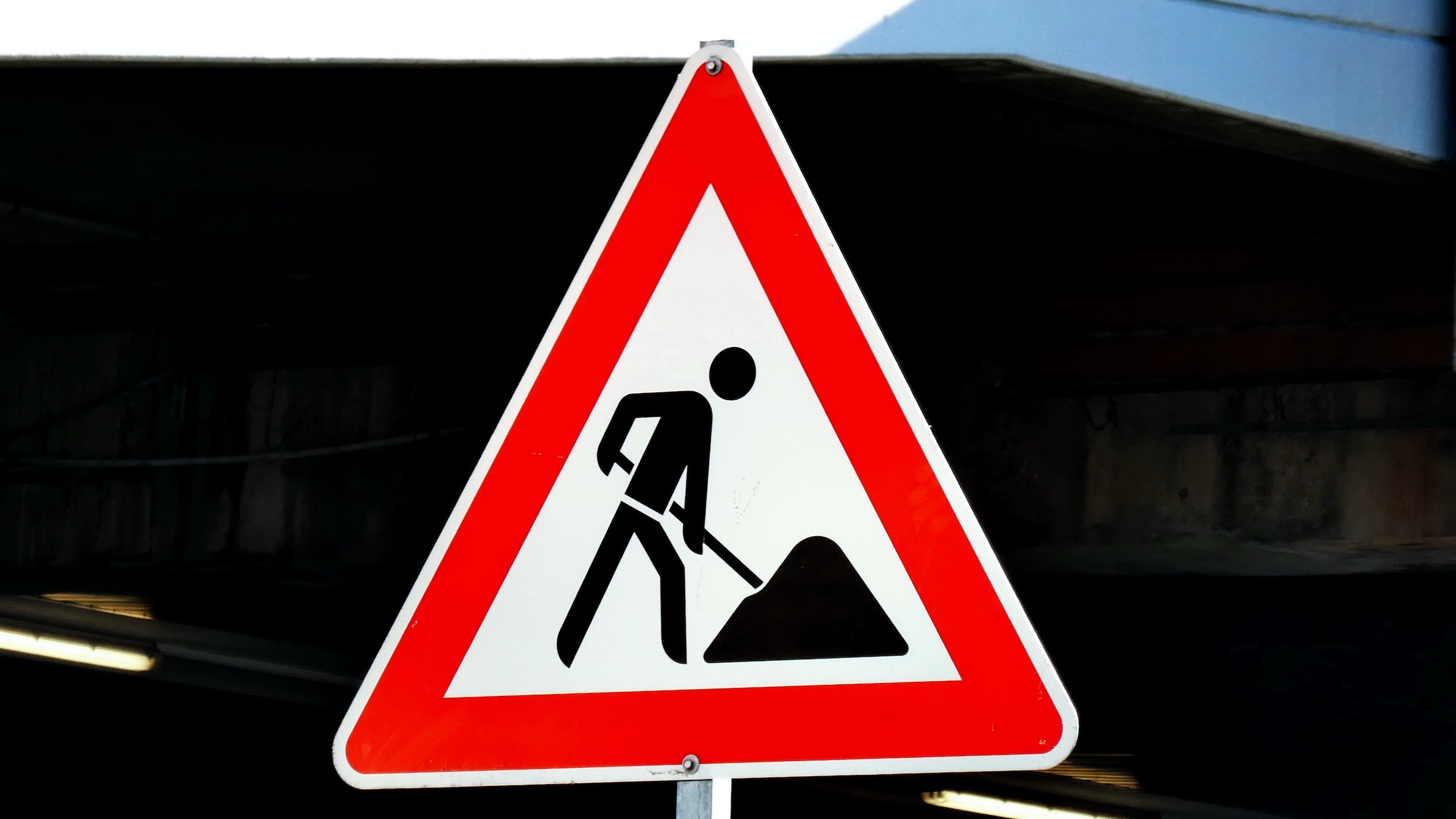 Over the past week, I’ve made a handful of changes to the site. It’s been a long time since I’ve made any appreciable updates to the site. I’ve moved to a new host, implemented dark mode and added category support. I consider them quality of life updates. None of these changes are groundbreaking, but these are things I’ve wanted to do on the site for a while now.

Previously, I was using GitHub Pages to host the site. But I wanted a bit more control over things. This week, I moved to Netlify. Netlify has the same ease of use that GitHub Pages provides, but I get a bit more insight into what’s happening during site deployments.

I’ve also implemented dark mode support on the site. I’ve been using a Jekyll theme called Lanyon for a few years now. The theme has been great, but it doesn’t support dark mode out of the box. Adding it wasn’t too bad, but I’ve probably done it in the most inefficient way possible and missed a handful of elements.

The lack of categories is something that’s been bugging me for a long time. I’ve finally added support for them. Well, kind of. Jekyll (the software that runs this site) already supports categories, but the Lanyon theme doesn’t (out of the box). Adding support for categories was easy enough. Each post will show the categories for that post (see the image above). I’ve also created a categories page. So you can browse posts by categories.

Please enjoy the new features of the site.

I really enjoyed the game quite a bit. I bought the game when it first came out but kept getting distracted from it. This was my third attempt at the game. I finally finished it.

I played through the game on “Story Mode” which is the easiest difficulty. I used to play games on the hardest difficulty, but in the last few years, I just want to experience the story and not struggle with gameplay.

This game takes place a few years after Star Wars: Episode III – Revenge of the Sith . I won’t give away any spoilers here. But it was neat to explore a whole new storyline in the Star Wars universe. This game has a new set of (main) characters. Along with some villains that were introduced in Star Wars Rebels (an amazing TV show).

There’s this great Uncharted vibe to this game. You get to explore and solve puzzles in a variety of environments. I loved the Uncharted games, and this game feels similar. The story is also good, but I’m not sure if it’s because of the game’s story or because I really enjoy the Star Wars universe.

I would recommend this game to anyone who likes Star Wars and environmental puzzle games. But who am I kidding? If they are into those types of games, they’ve probably already played Star Wars Jedi: Fallen Order.

I’m not entire sure what I’m going to play through next. I’ve dabbled in a few games, but nothing has really grabbed me yet.

This past weekend, MyCntdwn took a step forward. I sent a new build of it to Apple’s TestFlight. It’s the first time a MyCntdwn build has been uploaded to TestFlight in years.

This doesn’t really mean anything is going to happen with it. I just wanted to upload a new build so that I can test things on multiple devices in a (more) real world environment.

Once I downloaded the TestFlight build, I immediately found 5 or 6 bugs. My iCloud syncing also didn’t work. But at least that gives me some important information. It gives me plenty of things to look into.

I haven’t had a lot of time to invest in MyCntdwn so far this month. I’ve got another app (through work) which is shipping very soon and has captured most (if not all) of my attention. I hope things change soon. Either that, or I’ll be totally burnt out on dev work and need to just sit and stare at the wall for a while.

Either way, I’m happy with this latest step. It’s a step. It means that I’m moving forward and continuing with the process.