I finished it! Finally!

After finishing both Curse of Naxxramas and The League of Explorers on Heroic, I needed to wrap things up. I just so happen to finish LOE with only one boss fight left in Blackrock Mountain. It took me a few days to beat Maloriak on heroic, but I did it.

Honestly, at the end of this process I hated fighting these bosses. It’s probably not the wisest idea to tackle these like I did (all in a row). But I wanted to finish them before Whisper of the Old Gods expansion came out (next Tuesday).

Don’t get me wrong, some of the fights were a lot of fun figuring out how to beat them on heroic. But fights like Maloriak were just plain evil. 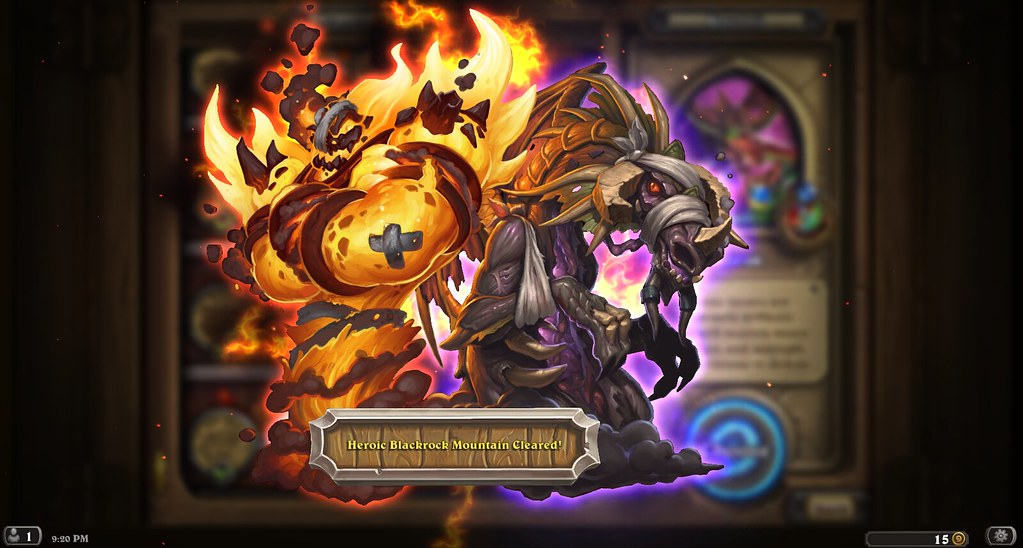 As before, here are the decks that I used to tackle this adventure. It was tough and there are a lot of bosses.

Of all of the adventure heroic cardbacks, this one is my favorite. This is the one I originally wanted and now I finally have it. 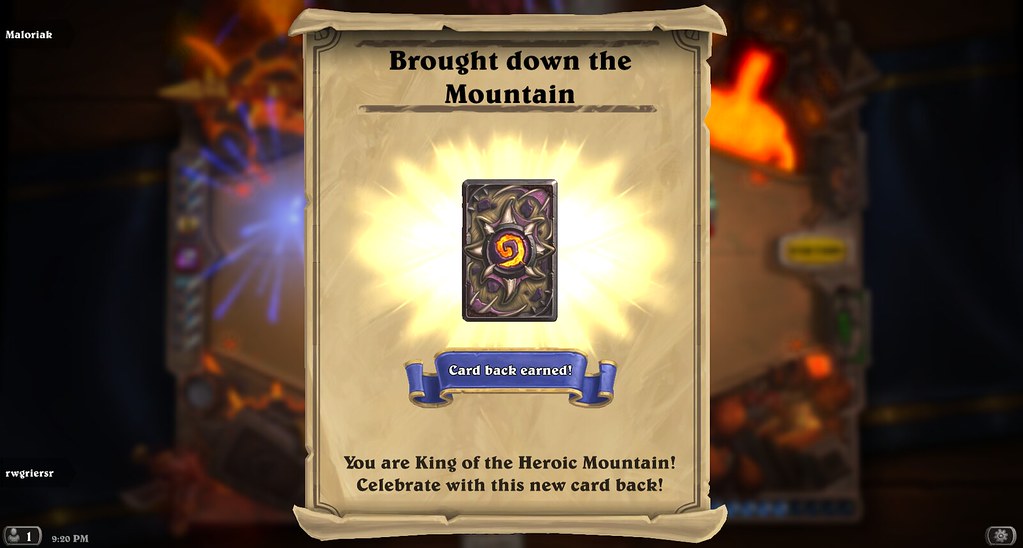 I’m so glad I’m done with the adventures for now. Now I just wait for the expansion to come out in a few days.