Hearthstone: The League of Explorers (Heroic)

Last week I finished another Hearthstone adventure on Heroic. Previously, I had finished the Curse of Naxxramas on Heroic. I’m going through to finish them all.

I started both Blackrock Mountain and The League of Explorer’s at the same time. I had been alternating between BRM and LOE bosses. It just so happens that I’ve finshed up this adventure first. 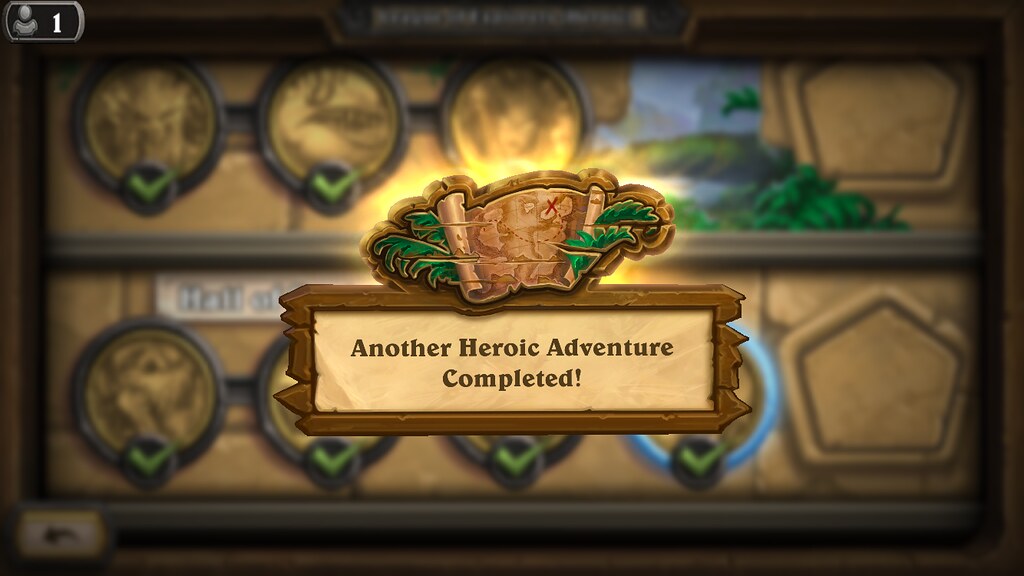 Below are the decks that I used to get through these bosses. I’m not sure how viable they will be once they tweak some of the cards for the upcoming patch.

All of that work got me this nifty card back. It’s not my favorite, but I like it. 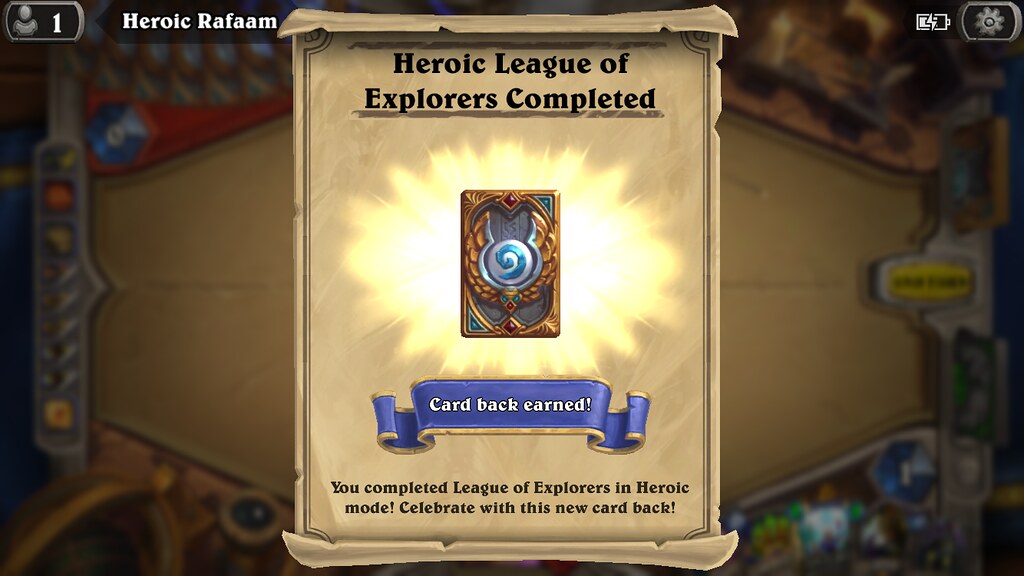 If you decide to do this, good luck and have fun.